Play and create mods for The Simpsons: Hit & Run utilizing a wide array of custom features without tampering with your game install. 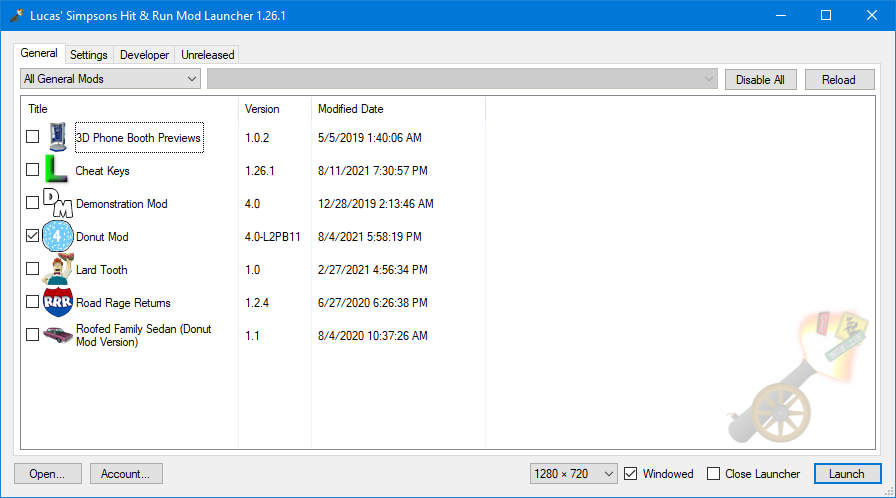 Lucas’ Simpsons Hit & Run Mod Launcher is the main tool used to create and run mods for The Simpsons: Hit & Run and it can also be used to simply run the original game with quality-of-life improvements.

It has been actively maintained since 2013 and has gained a wide array of features in that time including but not limited to:

Nearly every feature of the Mod Launcher is optional and can be toggled at your discretion via the Mods List, Launcher Settings or Command Line Arguments.

Backwards compatibility with old mods is a very important feature to us and we always strive to maintain it with every update to the program. A mod made for the Mod Launcher in 2013 will still work today!